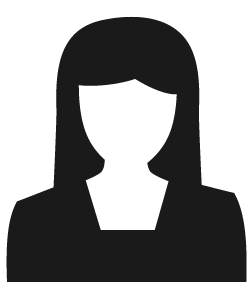 When I lost my husband to a serious medical condition, we didn't have any life insurance. I was overwhelmed by the expenses and had a hard time taking care of everything while adjusting to being a widow and a single mother. I knew that I had to do something to protect my children in case something happened to me. I spent a lot of time researching the insurance options until I found the one that worked best for my needs. I decided to put everything I learned into this blog to hopefully teach others about how to protect their families from the same unexpected expenses.

If you are a driver who is looking for ways to save on car insurance, one way is to allow your insurance company to track your car usage. This is done by installing a small device -- it usually plugs into a port on the dashboard or near the steering wheel -- that records your mileage, the G-forces created on turns, and so on. If you drive well and drive safely, you can get a discount on your car insurance. However, before you jump at getting device, or before you recoil at the thought of being tracked, consider these three issues.

If you install one of these trackers in your car, you have to be OK with the idea that you're not going to have a lot of privacy. The trackers aren't supposed to record conversations, but they will record everything from speed to acceleration and location. That means no sneaky rolling stops through stop signs, no speeding above the speed limit even if traffic is doing so as a whole, and no fibbing about where you've been driving if you have family members who shouldn't know. But many people are actually OK with having that data recorded, and they use it to try to improve their driving.

There is an upside to everyone knowing where you are: alibis. If you've ever been accused of causing an accident that you didn't cause, you can use the tracker records to show what really happened. The trackers can have another alibi-type benefit: Proving you weren't at the scene of a crime. Cleveland.com reported in 2013 that a man proved he did not kill his daughter because his car tracker records showed he had turned his car off -- and then on again after discovering his daughter wasn't breathing -- in accordance with his story that he immediately tried to take his daughter to the hospital.

An unexpected benefit to having one of these trackers applies if you're an independent contractor who needs to track mileage for work and tax purposes. Nerdwallet notes that these tracker programs, along with several non-insurance-based, independent tracker apps, can keep records of trips that you can access when it comes time to prepare your taxes. That can make deductions a lot easier, especially if you have a habit of forgetting to record trips on paper.

You're not required to have a tracker for most insurance companies, so if you decide not to get one, that is your choice. If you do want one, though, contact your insurance agent and see what programs your policy offers. Most major carriers have these tracking programs, so you have a good chance of being able to participate in one.

For more information, talk to an agency like Estabrook & Chamberlain Insurance Inc.